Click on the thumbnail to see a full size image. 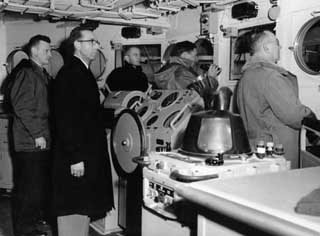 Taking a tour of the pilothouse.
(Note: Not all of the instrumentation is in yet.) 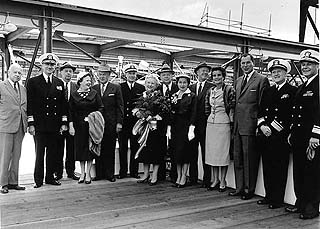 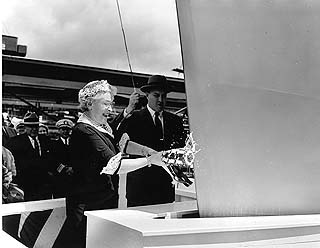 The USS Somers slides down the ways into the Kennebec River.

I would like to give a big thanks to the Maine Maritime Museum in Bath, Maine, for their assistance in publishing these photos on this page.